Truth is not a Creed (Paradigms, Utopia and Dogma)

Art and Anthropology: Ideological Dimension of Dogma (Mask-Creed) Series Pain is The Life 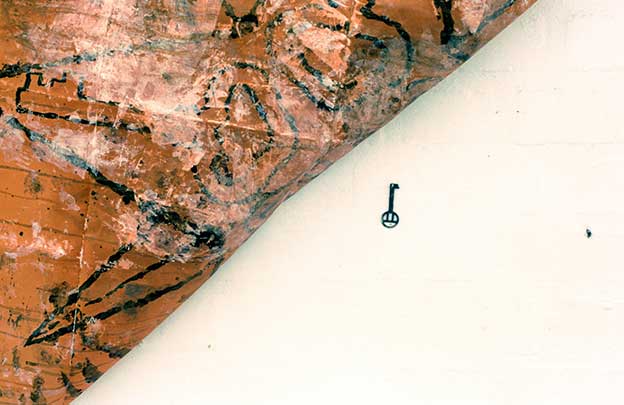 Truth is not a Creed (Paradigms, Utopia and Dogma)

“…we want a great and noble lie with which we would better persuade the rulers themselves and, if not, the other citizens”
Plato (The Republic – Third Book)

Absolute truth is philosophy itself; Truth as a System
José Ferrater Mora

Neither Substantial nor Deflationary: The Dogma of Truth as a System

If the truth is a statement without ontological foundation because it is only anchored in a historical (epocal and contextual) and, therefore, relative (transitory) space-time, whether religious, political, moral, philosophical, ideological… then -beyond the philosophical absolutist ego- there is no truth, no lie, just mere and simple enunciations…

Axiological Revelation: Behind the Flag

In this sense, then, the convictions (creeds); absolute enunciations protected by morality and lacking foundation and intersubjectivity capable of strengthening and establishing the guidelines of utopian construction or projection. We speak of dogma, of Dogmatic Truths (authoritarian, intolerant, scientifistic and excluding); we speak, then, of “flags” not as entities carrying the values of The Truth, but, intoxicated with the dogmatic ideal of creeds.