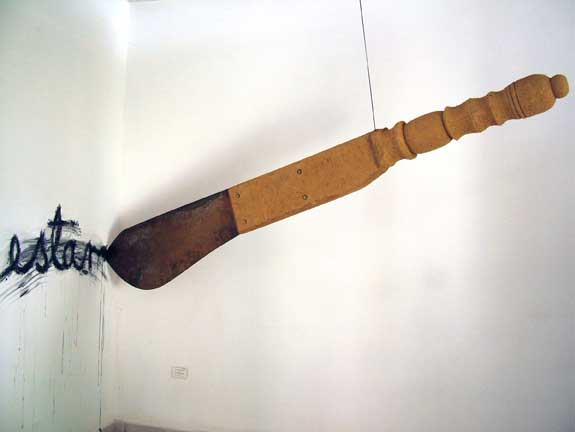 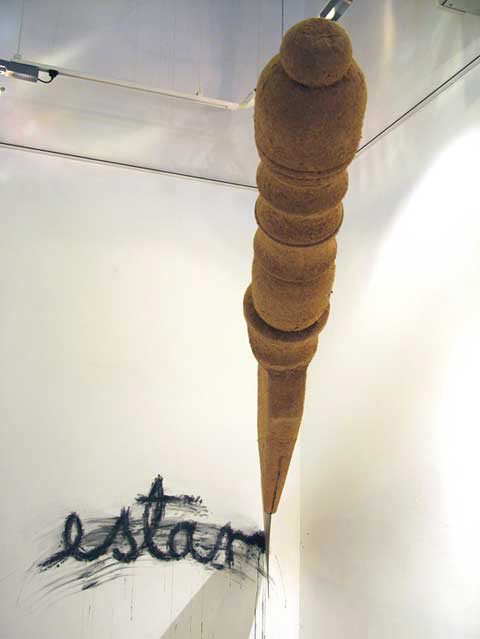 Living the Death (A Question of Sense)

You do not even understand life. How will you understand death?
Confucius (551-479 B.C.)
Simon Critchley,
The book of dead philosophers.

From Socrates or Christ (reluctant to elude their announced deaths), to the honorable seppuku or harakiri (according to bushido), suicide has a strong sacrificial component that, in Western culture, seems to lead to an eternal taboo.

A scalpel, a knife… it doesn’t matter; a sharp instrument designed to cut, rift, amputate… Suspended from the ceiling, it is displayed floating above the viewer, like a Damocles Sword.

Self-Sacrifice and Sacralization of Culture

I- This work moves in the coordinates of life as a sacrificial ritual practice and as a learning path of the good dying. Here, then, suicide as a sacred offering or self-sacrifice.
II- In addition to the fact that the suicidal attempt seems to be full of psychological gestures that we can question and characterize, suicide is, in itself, inaccessible to a Cartesian -external- “examination”, because it breaks with all the western logical myths about the meaning of life. Our western culture (from those enlightened movements of the 18th century) is incapable of facing certain processes that occur in the sphere of the psyche and, when facing the suicidal act, it prefers to channel it from the morbidity of the motivation that does not result, but rather, in the pathologization of suicide.