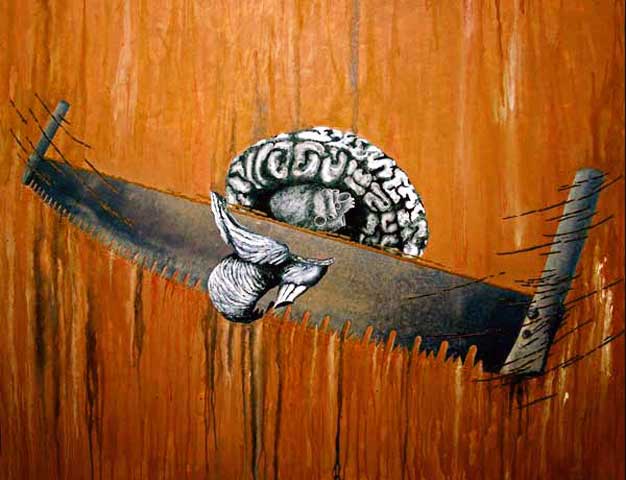 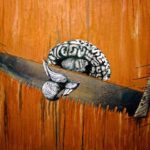 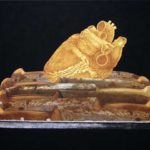 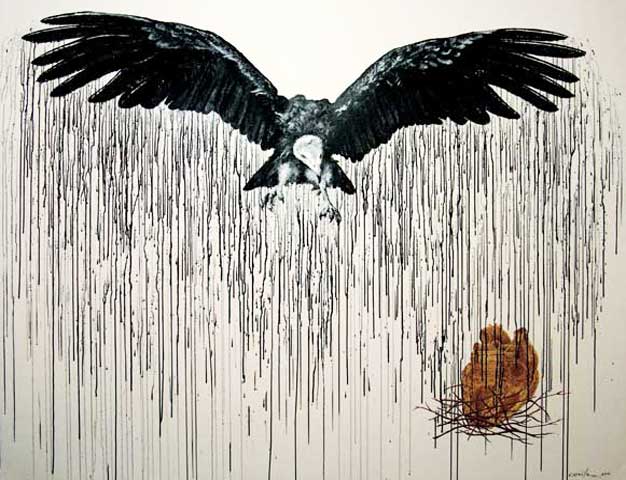 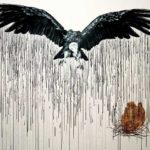 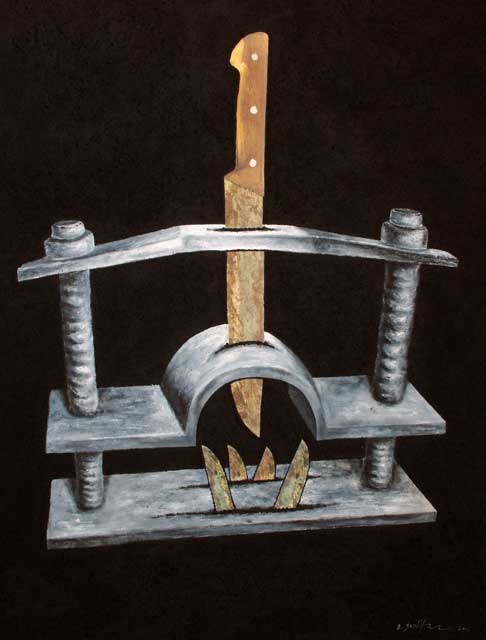 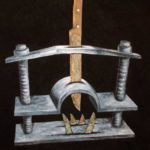 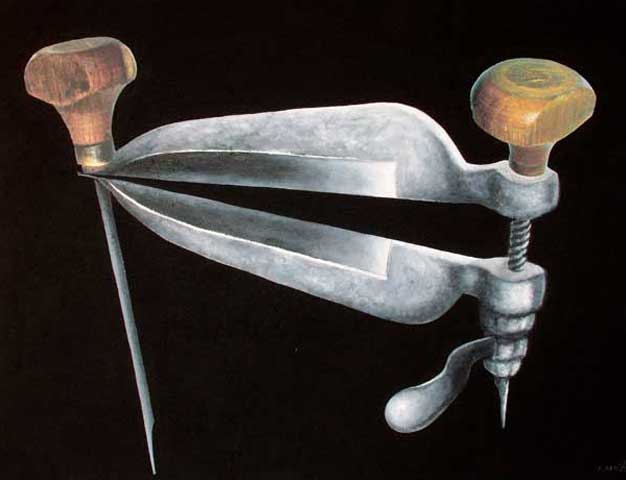 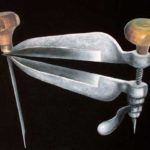 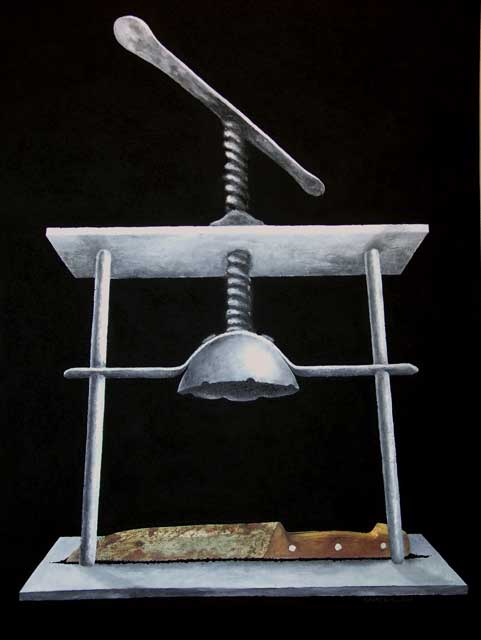 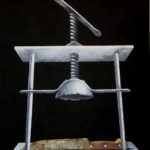 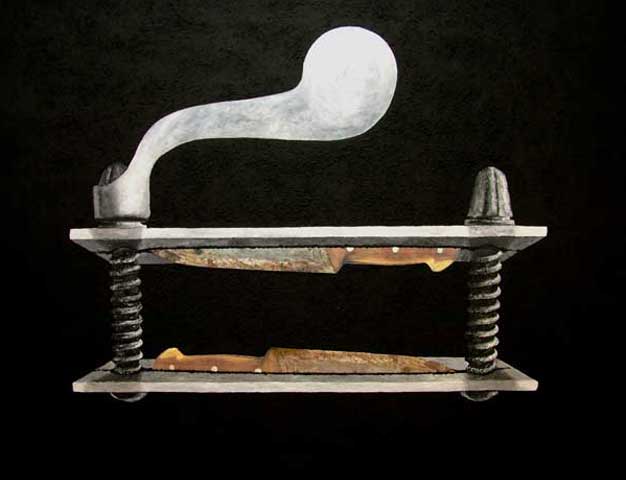 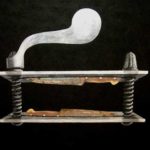 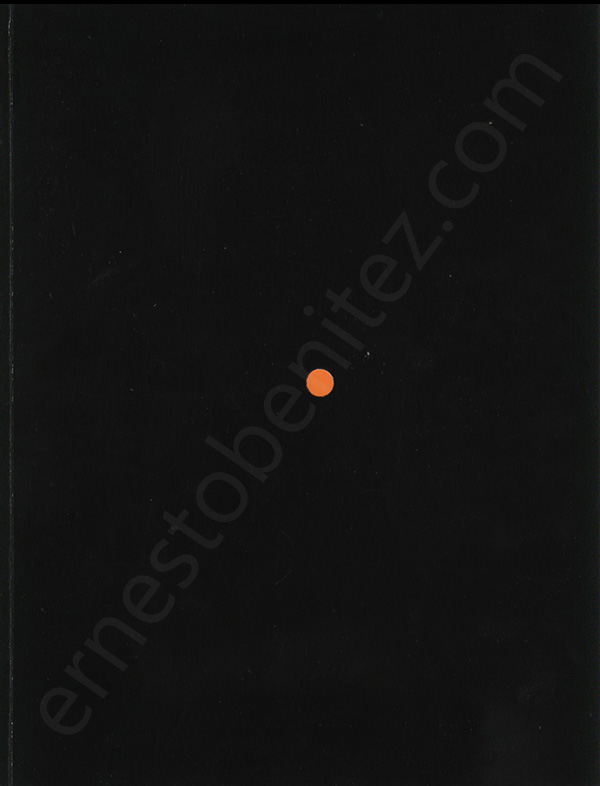 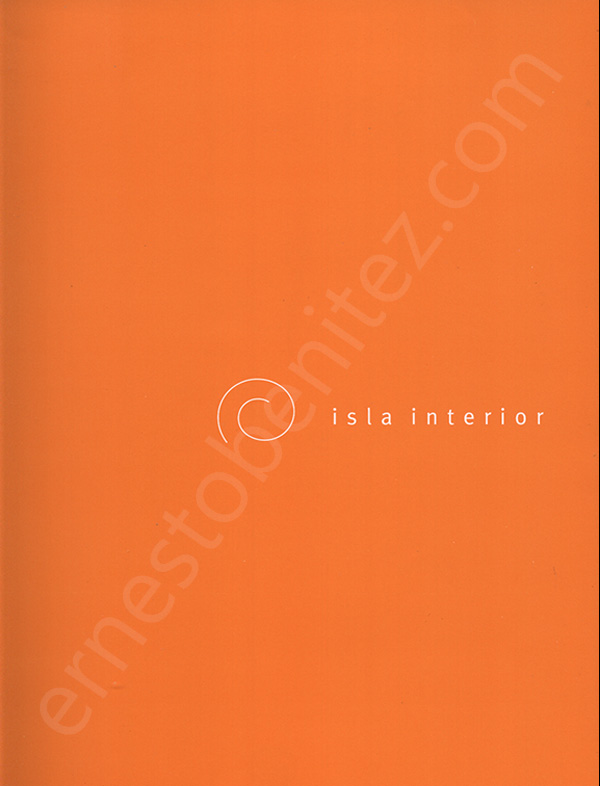 Digital photography, ash, charcoal, clay and acrylic on canvas.
200 x 170 cm
Series: “Self-Portrait, The Process” and “Instruments of the Process
Shown in the collective exhibition “Isla Interior”, Museum of Rum (Habana Club Gallery), Havana. Organized by Excelencias Group; curated by art critic and editor David Mateo with the sponsorship of Banco Sabadell.
Shown as a whole at the Personal Exhibition “The Process”, Galiano Art Gallery, Havana.

This series firstly proposes an exploration around the artistic creation process itself as a sphere of reflection, self-sacrifice and purification; a kind of exutorium; an exercise of personal exorcism in which the resulting works could may only be summarized as documentary remains or residues (detritus).
The works recreate, graphically, a selection of instruments of torture used by the Inquisition and different codes of traditional symbolic acquis to propose a reflection on fundamentalist dogmatism and intolerance from a discourse of penitence and the punitive power. The knife here (given its function to cut… to separate, mutilate, abridge) to refer the multiple scissions of the fragmentary subjectivism and ideological transvestism…

Under Pressure: “The rituals of Social Magic” (Bourdieu)

This series of works discusses on the danger of doubting, disagreeing and questioning on the margins of authoritarianism; speaks about apathy, dissent and heresy; fear, submission, Emptiness, renunciation and pressure; then, it speaks of punishment, torment and pain… silent, subtle but perceptible violence. It discourses, in short, on the rite of resignation.