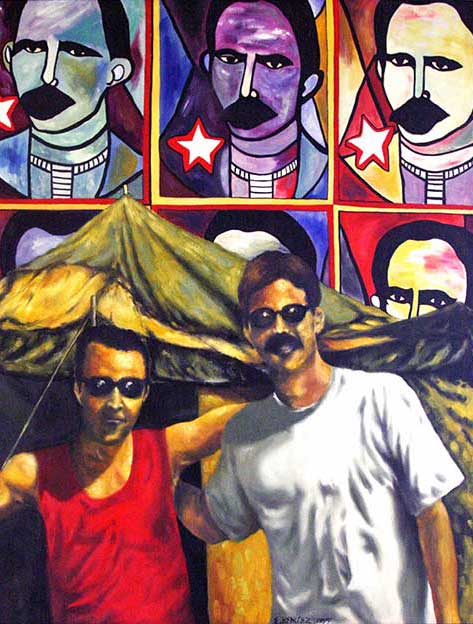 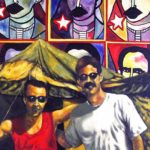 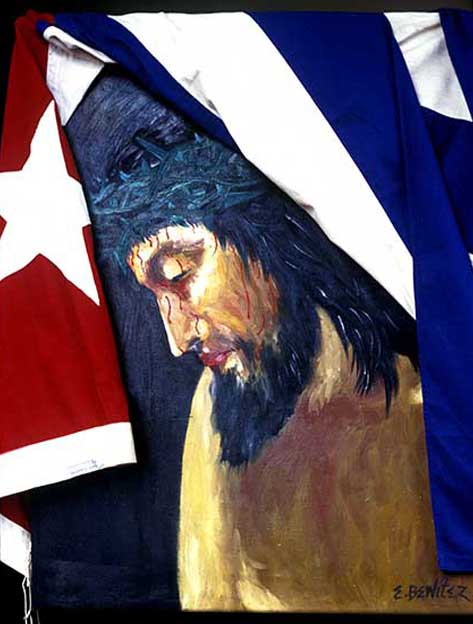 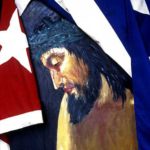 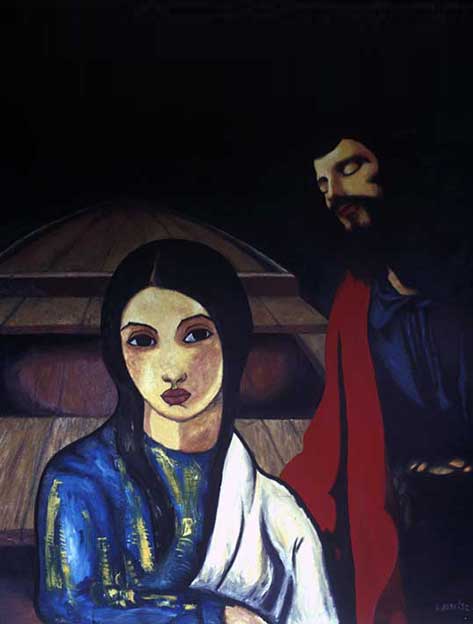 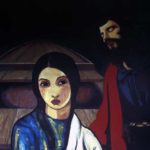 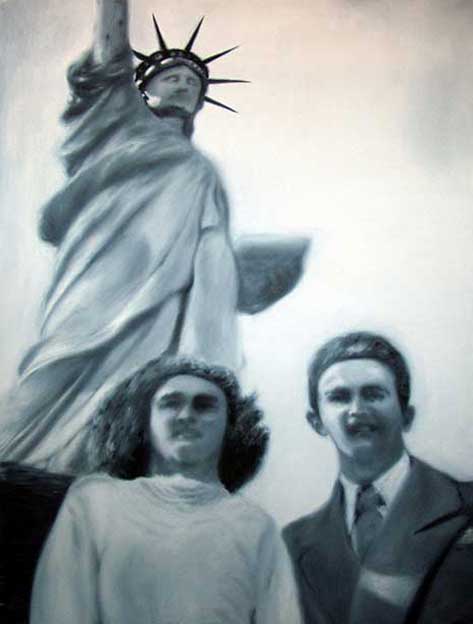 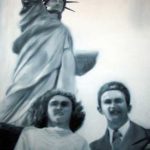 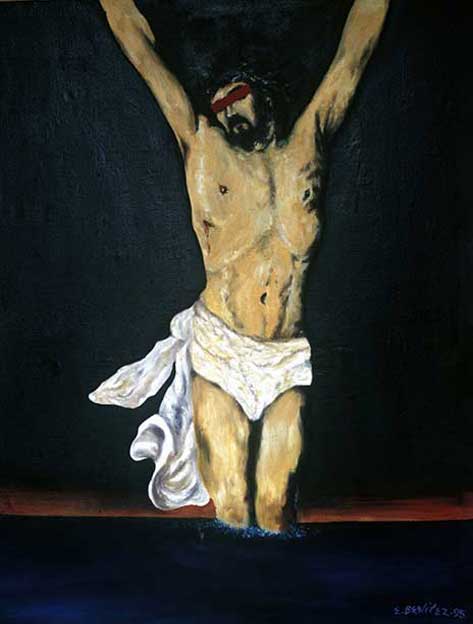 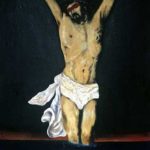 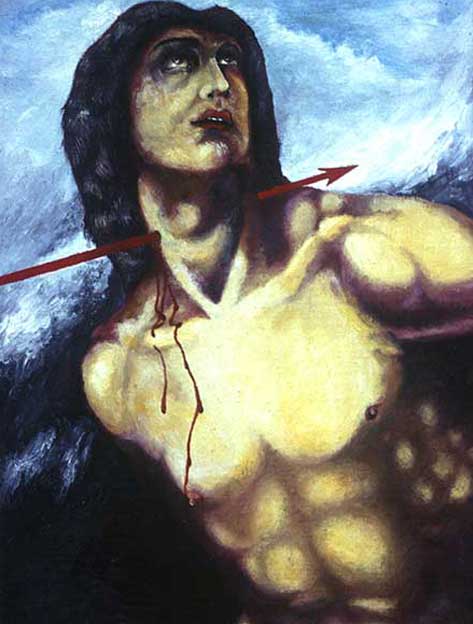 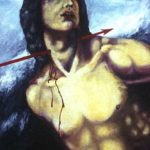 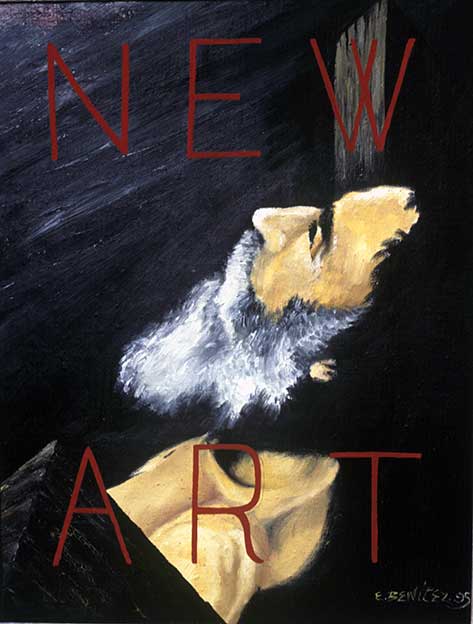 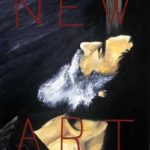 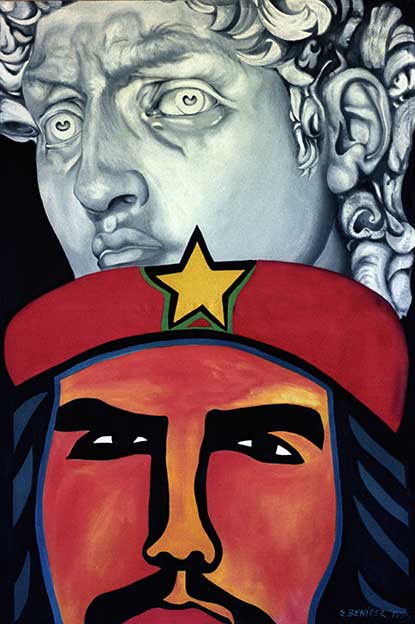 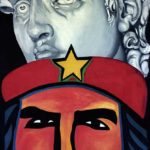 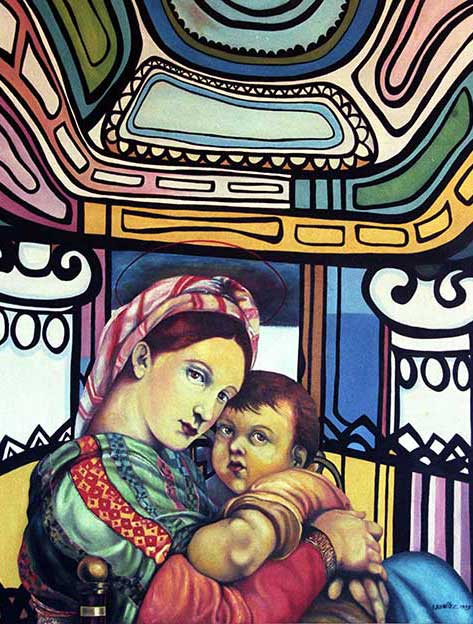 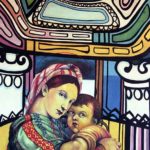 Although the collective exhibition held at the International Press Center “De la P a la P (del Pop al Post) y viceversa” shows several works from this series, Guantanamera is shown as a whole in a personal exhibition at the Casa de Cultura in Jaimanitas, Havana, in 1995, one year after the so-called “rafters’ crisis“, “boat people crisis” or “balsero crisis” (Crisis de los Balseros), and coinciding with the centenary of the fall of José Martí, Cuba’s apostle and independence hero. Some of his verses (Versos Sencillos) were included by Julián Orbón in the musical theme composed by Joseíto Fernández, which precisely titles this series.
Most of these works were made in oil on canvas. Canvas -lone- recovered from a large banner with a political propaganda text that was previously carried in a public demonstration, “called” by mass organizations (guided by local government authorities) in response to the Cuba-USA migratory conflict and in public repudiation of the very rafters who were making the “illegal” departures by sea.

Through the appropriation and re-contextualization of fragments of important works of Western art history, fragments of iconic Cuban artworks and other political, cultural or religious symbologies (along with autobiographical elements), this series of works aims to focus on precariousness, the degradation of values and the migrations, questioning, in addition, the narrow concept (dogmatically manipulated) of the national and nationality, among other aspects of ideological order.

The works produced for this series (1993-1995), also recreate – in a more or less veiled way – different autobiographical episodes that, evidently, expose high doses of impoverishment, decadence, uncertainty and the apathy typical of the society in which they are generated: a moment (a period) in which the highest values, the ideological flags, and the paradigms of an openly retrograde political tradition are publicly debated and questioned; as well as a concept of revolution that has not ceased to involute in decades…
Guantanamera is a series of works produced with traditional media and techniques in the context of Art History (Oil painting on canvas). a young Ernesto (still an art student) questions to what extent dogma, myth and the rite of resignation could be accepted as revolutionary, as well as the high levels of apathy and renunciation that this acceptance implies.